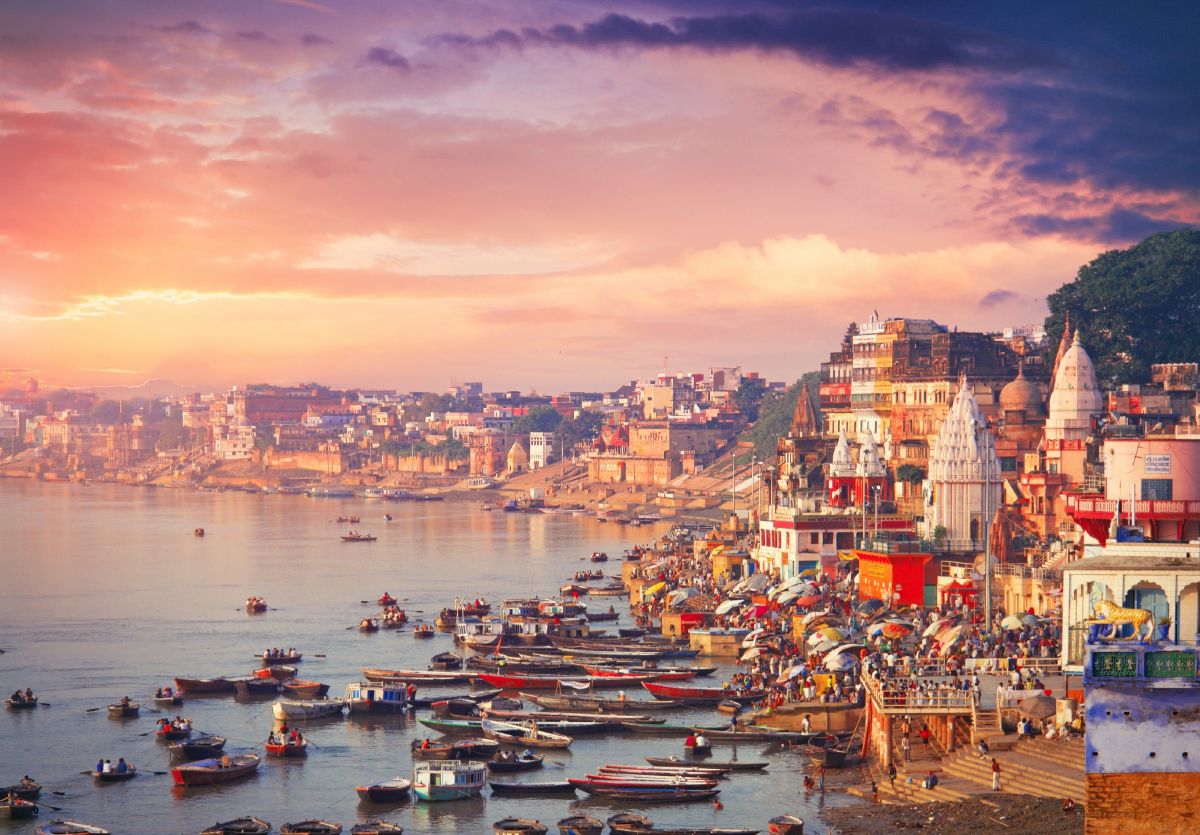 Varanasi, also called Benares, Banaras, or Kashi, city, southeastern Uttar Pradesh state, northern India. It is located on the left bank of the Ganges (Ganga) River and is one of the seven sacred cities of Hinduism.

Varanasi is one of the world’s oldest continually inhabited cities.

Kashi, its ancient name, was associated with a kingdom of the same name of 2,500 years ago. The Buddha is recorded in the Pali canon to have given his first sermon, “The Setting in Motion of the Wheel of Dharma”, at nearby Sarnath in 528 BCE.

In the 8th century, Adi Shankara established the worship of Shiva as an official sect of Varanasi. During the Muslim rule during the Middle Ages, the city became an important centre of Hindu devotion, pilgrimage, mysticism and poetry contributing to its cultural importance. Tulsidas wrote his Awadhi language epic, the Ramcharitmanas, a Bhakti movement reworking of the Sanskrit Ramayana, in Varanasi. Several other major figures of the Bhakti movement were born in Varanasi, including Kabir and Ravidas.

In the 16th century, the Mughal emperor Akbar built two large temples dedicated to Shiva and Vishnu in the city. Under the Treaty of Faizabad, the East India Company acquired Benares in 1775, the city later successively becoming a part of the Benares Division in the Ceded and Conquered Provinces, the North-Western Provinces, and the United Provinces, and after India’s independence of Uttar Pradesh.

According to Hindu mythology, Varanasi was founded by Shiva, one of three principal deities along with Brahma and Vishnu. During a fight between Brahma and Shiva, one of Brahma’s five heads was torn off by Shiva.

As was the custom, the victor carried the slain adversary’s head in his hand and let it hang down from his hand as an act of ignominy, and a sign of his own bravery. A bridle was also put into the mouth.

Shiva thus dishonored Brahma’s head, and kept it with him at all times. When he came to the city of Varanasi in this state, the hanging head of Brahma dropped from Shiva’s hand and disappeared in the ground. Varanasi is therefore considered an extremely holy site.

The Pandavas, the protagonists of the Hindu epic Mahabharata, are said to have visited the city in search of Shiva to atone for their sin of fratricide and Brāhmanahatya that they had committed during the climactic Kurukshetra War.

It is regarded as one of seven holy cities (Sapta Puri) which can provide Moksha; Ayodhya, Mathura, Haridwar, Kashi, Kanchi, Avanti, and Dvārakā are the seven cities known as the givers of liberation.

The princesses Ambika and Ambalika of Kashi were wed to the Hastinapur ruler Vichitravirya, and they later gave birth to Pandu and Dhritarashtra. Bhima, a son of Pandu, married a Kashi princess Valandhara and their union resulted in the birth of Sarvaga, who later ruled Kashi.

The Cakkavatti Sīhanāda Sutta text of Buddhism puts forth an idea stating that Varanasi will one day become the fabled kingdom of Ketumati in the time of Maitreya.